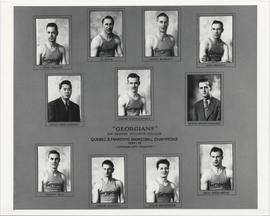 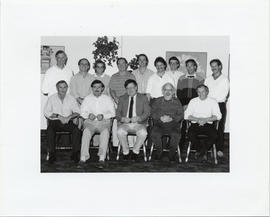 In the 1941-1942 calendar, Sir George Williams College is offering for the first time, a Student Health Programme, which is described as an active programme of student athletics and health education. In the 1950s, the Athletic Council of Sir George Williams College was established. Under the authority of the Board of Governors and Faculty Council, its purpose was to act as the governing body for all intercollegiate and intramural sports and athletics. In the 1957-1958 calendar, the programme is extended to Sports and Athletics with varsity and intramural components. In the 1970s, the unit was referred to as the Department of Physical Education. The programme included intercollegiate sports, intramural and recreational activities, a cheerleading team, a booster club, etc.

Sir George Williams did not have sports facilities and had to use other institutions’. Sir George Williams College stemmed from the YMCA educational program and kept its tie to the Y until the early 1970s. Because of this, the facilities, including the gym and swimming pool, of the Downtown YMCA, were used until the 1970s.

The fonds documents the activities of the Sir George Williams Department of Physical Education between 1959 and 1975.

Access to series 9530 Sport Regular Season and 9540 Championships and Tournaments, is restricted.