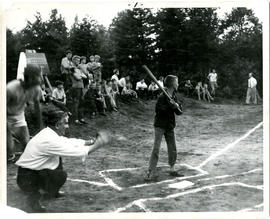 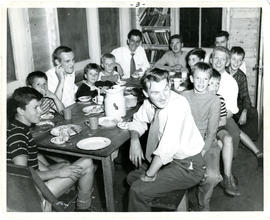 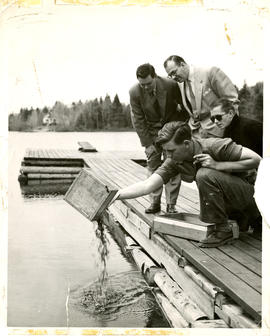 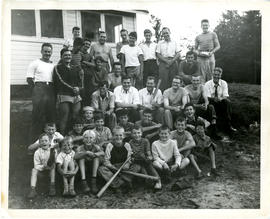 The Young Men’s Christian Association was founded in London, England, on June 6th, 1844, by George Williams, a young draper who was concerned about harmful social conditions brought on by the Industrial Revolution. The original mission of this Evangelical Protestant society was to foster the mental, physical and spiritual development of young men, through education, physical exercise, sports and other social and leisure activities.

The first YMCA branch in North America opened in Montreal in 1851, followed shortly by branches in Boston and New York, and the World Alliance of YMCAs was formed in 1855. In 1854, the YMCA of Quebec City was founded. Jeffrey Hale’s Sunday School and the Medical Hall on Fabrique Street were among the first premises occupied by the organization. Henry Fry, president of the organization from 1870 to 1878, mobilized key members to solidify the legal status of the Quebec YMCA. On March 9th, 1878, the Quebec Young Men’s Christian Association was legally constituted and incorporated in the province of Quebec under the Victoria Act, number 41. This same year, John C. Thomson became president of the organization until 1889.

The first Quebec YMCA building was erected on Youville Square, at the intersection of Saint-John (today rue Saint-Jean) and Glacis streets. Designed by architect J.F. Peachy, it was inaugurated on the 20th of April 1880. The building featured a library, reading room, exercise room, recreation room, and a shelter, and the grounds featured tennis and croquet courts. The annex to the main building was inaugurated in 1898, and contained a pool, a gymnasium, a bowling alley, and all complementary facilities such as showers and lockers.

Notable activities and events held at the Quebec YMCA in the early 20th century include art exhibitions, concerts, lectures, and organized sports. In 1894, the first Quebec YMCA summer camp was held at Lac Beauport, and a base was established in Valcartier. Under president W.H. Wiggs, who served from 1914 to 1918, the Quebec YMCA opened its doors to soldiers, giving the military access to its gymnasium, pool and Valcartier base. The Canadian National Council of YMCAs was formed in 1912.

In 1943 the Quebec YMCA purchased a property in Beauport, on Lac des Chicots, which became the site of Camp Naskapi, a summer camp operated by the organization until 1978. In 1947 the St-John Street building, needing major renovations, was sold. The organization relocated temporarily to Turnbull Street, before settling into a new complex on St-Cyrille Boulevard, which was inaugurated in March of 1952. The building was named the Holt Memorial, in honour of John Holt, whose financial contributions made its erection possible. After this relocation, the Quebec YMCA shifted its mandate to rebrand itself as a family and community centre, and opened its doors to women and young girls. In the second half of the 20th century, the Quebec YMCA increasingly offered activities and programs for children, including daycare services, after-school programs, swimming lessons, and theatre activities.

In 2000, the Quebec YMCA was occupying a building that it didn’t own. When the building was sold, the administration decided to cease its activities in 2002. In 2009, the YMCAs of Quebec regrouped under the banner “Le Y du Québec”, and opened an office in Quebec City. In 2017, the YMCA and the Quebec City formed a partnership to build a new YMCA in the St-Roch borough. To this day, the YMCA maintains an active presence in Quebec City and Montreal.

Following the dissolution of the Quebec YMCA in 2002, the material was transferred to the Montreal YMCA until it was offered to Concordia Records Management and Archives at the beginning of February 2006.

The fonds documents the mission, structure, administration, programs, activities, facilities, and evolution of the Quebec YMCA (as of 2009, Le Y du Québec) from its founding in 1854 to the late 20th century.

The records include founding documents, annual reports, committee minutes, financial statements and other financial records, employee files, files on buildings and facilities, and administrative files and correspondence relating to programs such as summer camps and courses.

The fonds also includes architectural drawings, scrapbooks of press clippings, brochures, and other promotional materials, photographs of Quebec YMCA events and activities from the late 19th century until the late 20th century, and objects such as flags, signs, plaques, pins and medals.

The records were donated to Concordia Records Management and Archives by the Montreal YMCA in February 2006.

Most of the material is in English, but records created after the 1960s are primarily in French.