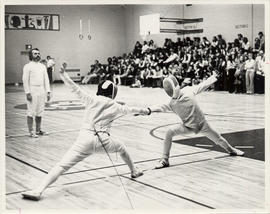 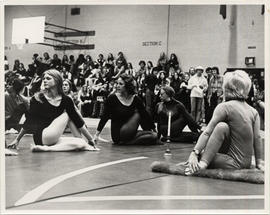 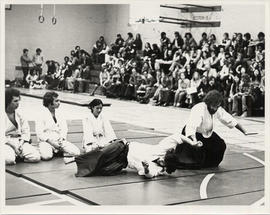 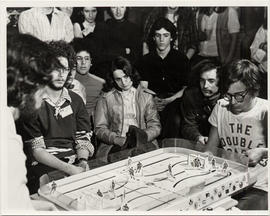 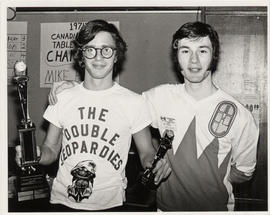 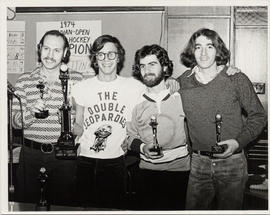 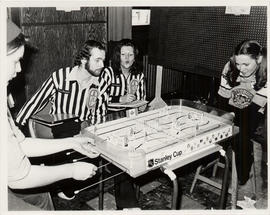 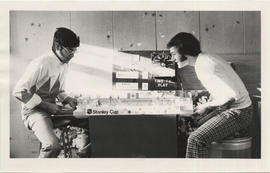 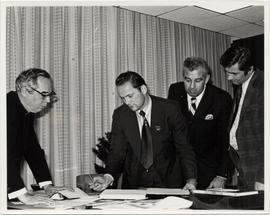 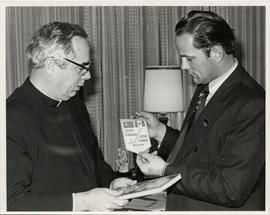 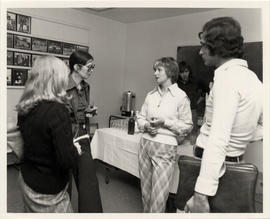 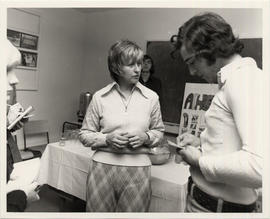 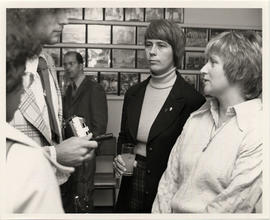 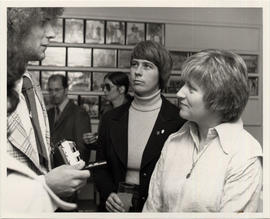 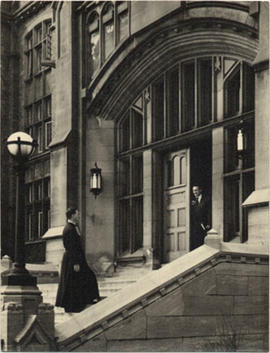 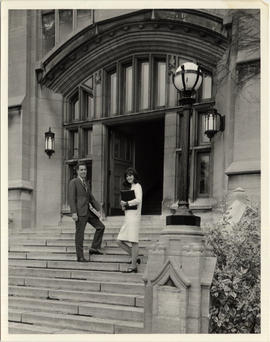 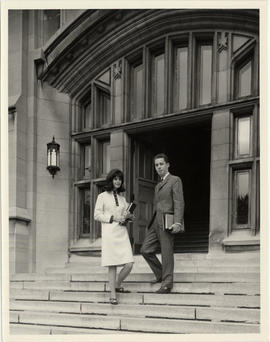 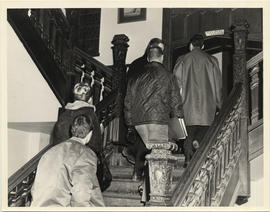 The growth of Loyola in the 1950’s created demands for the development of effective internal and external communications for the College community. Publicity and public relations functions were first initiated by the Office of the President with part-time employees and the use of external agencies and consultants. In the fall of 1963, these functions started to be carried out by the newly established Office of Development (Stirling Dorrance, director). With the hiring of full-time public relations officers, an office emerged by the end of the decade, and it served the College’s various information, publicity and public relations needs on a continuing and systematic basis. In May 1968, the Public Relations Office – first called Public Information Office -, under the direction of Nora Cassidy Frood, was separated from the Office of Development and started reporting to the Office of the President.

In June the Events Coordination Centre under the Public Relations Office was created and Les Price was hired as Events Coordinator. The aim of this centre was to centralize the requests for physical facilities and services and provide a central source of organization about Loyola events and activities.

The Public Relations Office maintained regular contact with all media (press, radio, TV) – both local and national – through regular press releases about academic, social and cultural events on campus. It also maintained direct contact with Faculty, Administration, Students and Alumni mainly through internal information bulletins, and with publications like Loyola in Action which ran only a few years (1967-1969) and The Happening, which started as a calendar of events in 1967 and became a bigger publication in 1971 with stories regarding the Loyola Community. It lasted until 1974. The Public Relations Office was involved in the planning of special Loyola events, such as convocations, official openings of buildings, receptions for cultural or social activities on campus. The office was also responsible for the production of publications for internal and external use, such as the internal telephone directory, special events programs and the President’s Report. In September 1970, as a result of an administrative reorganization, the Public Relations Office moved back under the responsibility of the Office of Development Office, and changed its name to Information Services. In 1971, Angela Burke became the new Public Relations Director and the office was then called Public Relations and Information Office, a name it kept until the merger of Loyola College with Sir George Williams University in 1974. It then became the Concordia Public Relations Office at Loyola Campus for the following years.

The fonds documents the Public Relations and Information Office’s efforts to establish effective communication services for Loyola College in the 1960s until the merger with Sir George Williams University in 1974. It mainly consists of documentation on academic, social and cultural events (e.g. convocations, conferences, theatre presentations) and on various administrative and academic matters (e.g. quest for a University charter, capital campaign, curriculum). The records of the Event Coordination Centre (series I002.1/19) provide information on the use of the college facilities for the organization of events, such as those held at the F.C. Smith Auditorium.

Some documents were water-damaged in a 1982 fire in the Archives. The ink on some of them has faded and/or is smudged.