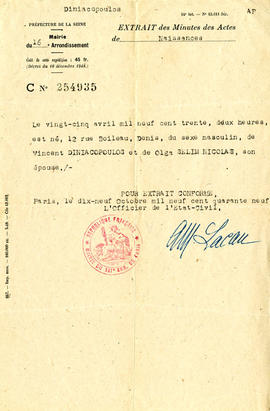 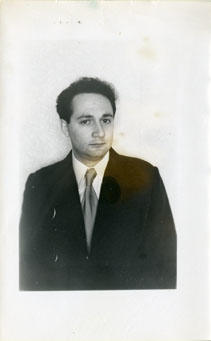 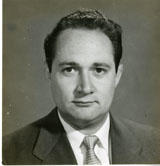 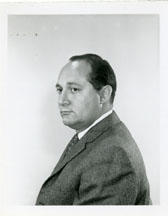 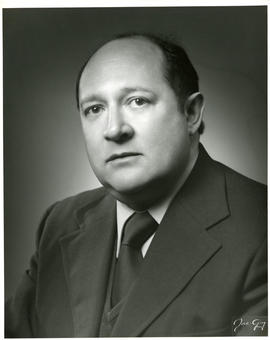 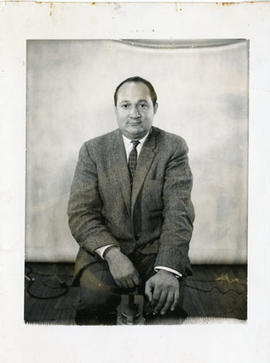 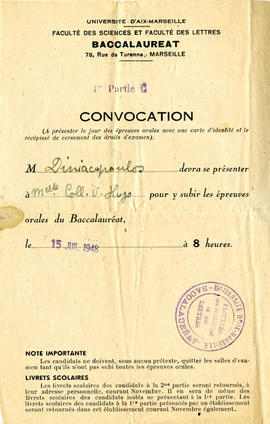 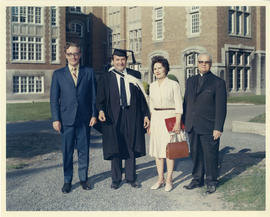 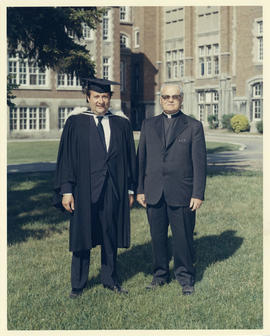 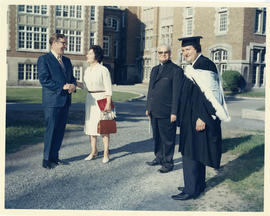 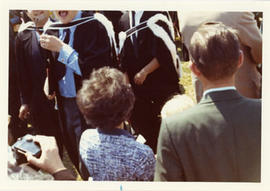 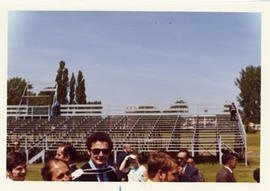 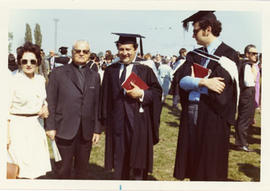 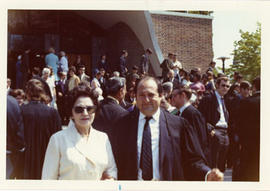 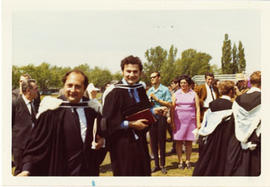 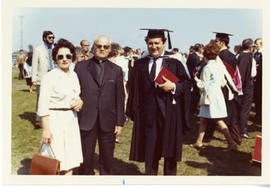 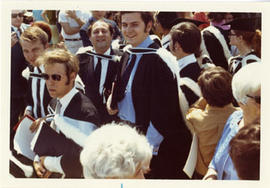 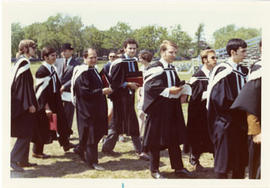 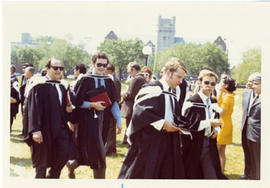 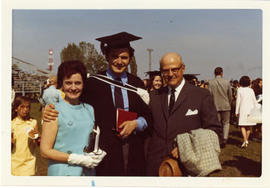 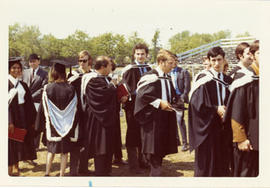 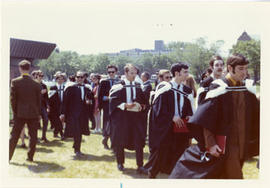 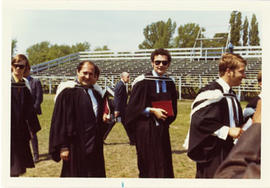 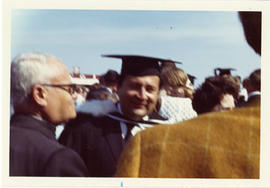 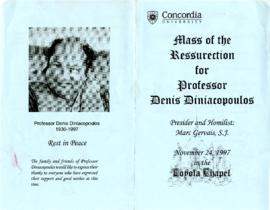 Denis Diniacopoulos, also known as Denis Vincent, was born in Paris in 1930 and died in Montreal in 1997. Denis never married and had no children.
He received a number of academic credits from the Université de Paris (1950-1951) before moving to Montreal with his parents. He received several academic credits from University of Montreal in 1953-1954; he also served on the student council. He was a professional commercial photographer, using the name Denis Vincent. He photographed artworks and antiquities, buildings and people, as well as advertising and fashion subjects, and worked as still photographer on a number of film sets.
He completed a BA at Loyola College (Day and Evening Division) 1967-1970. He graduated in May 1970 and began teaching “Visual Dynamics” for the Department of Communications Studies and continued when Loyola merged with Sir George Williams to form Concordia University in 1974. He retired in 1995.

This series is about the personal life of Denis Diniacopoulos.