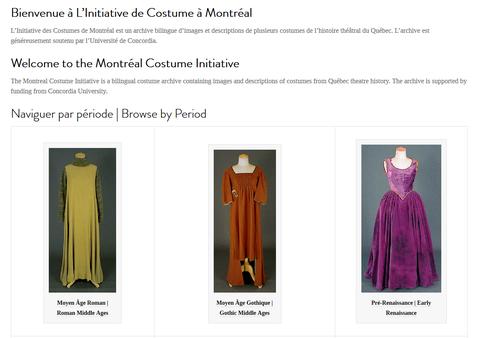 Ana Cappelluto made the website bilingual by adding English translations to each costume caption and description around 2015.