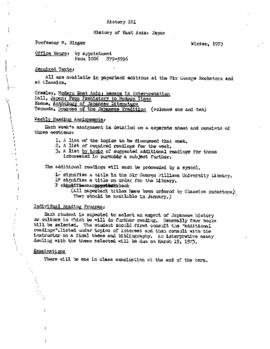 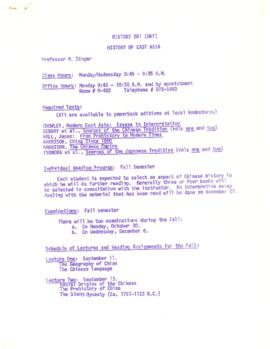 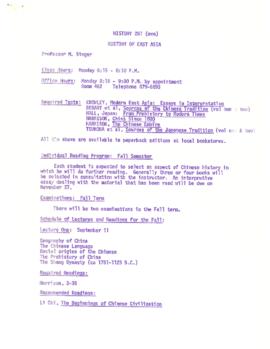 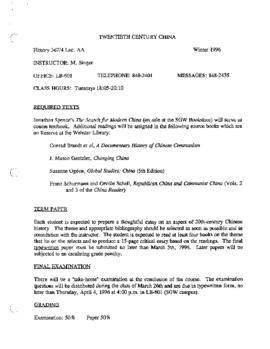 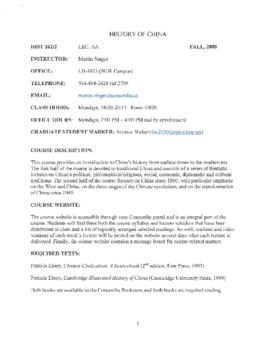 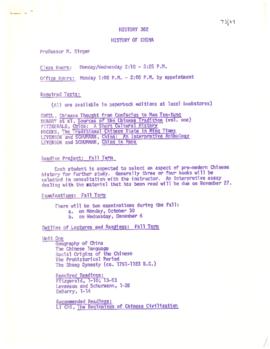 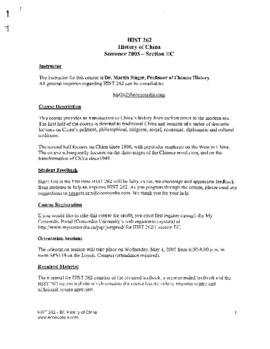 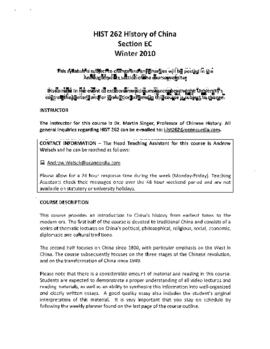 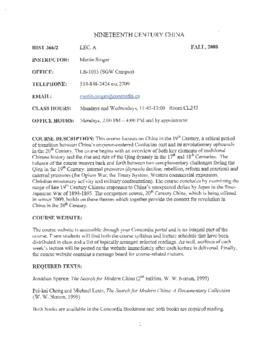 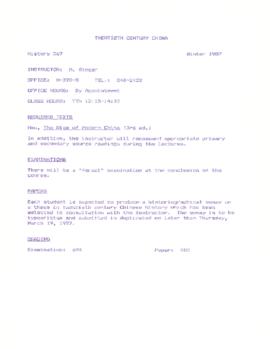 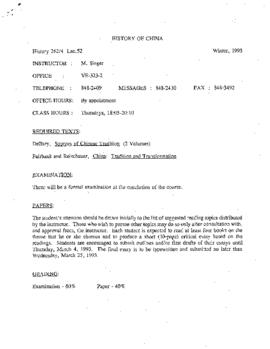 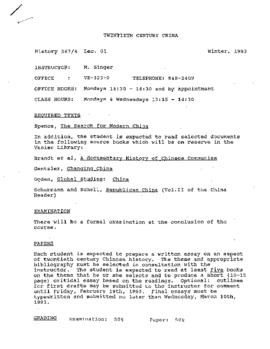 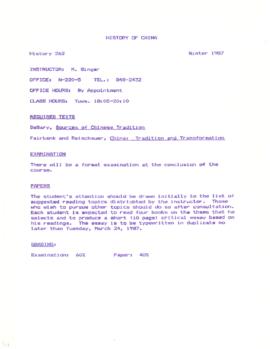 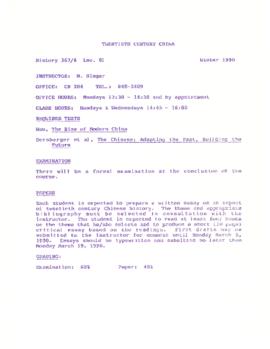 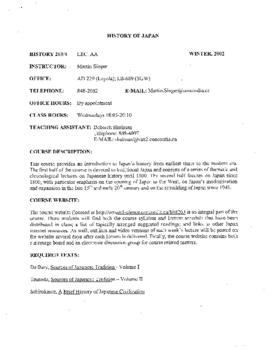 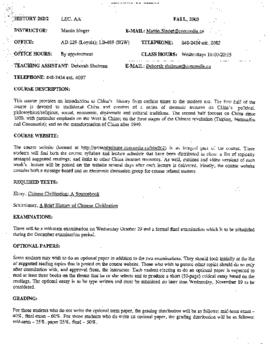 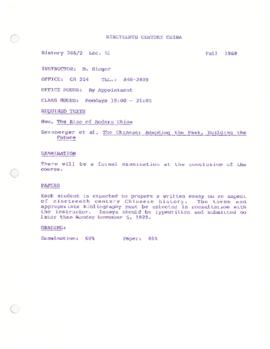 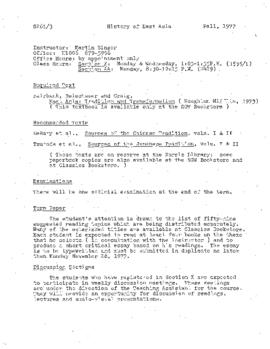 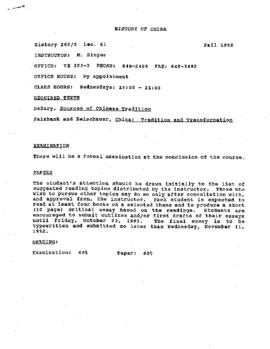 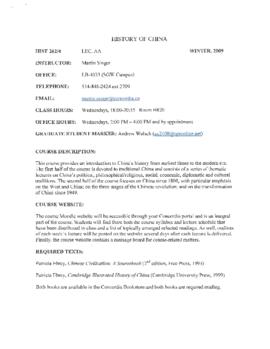 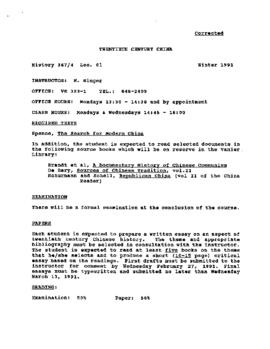 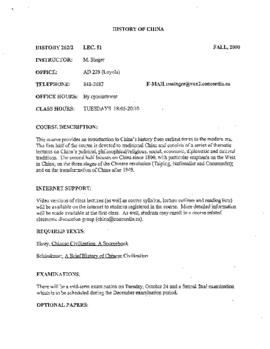 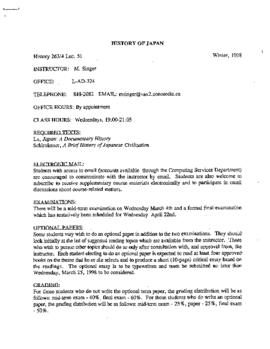 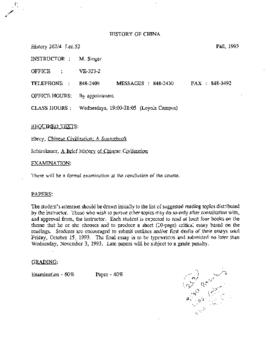 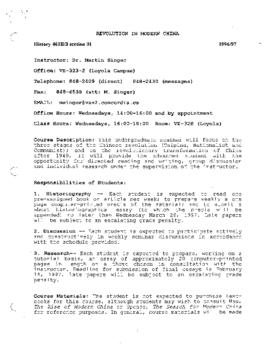 He moved to Montreal in 1972 where he joined the History Department of Sir George Williams University (SGWU) - now Concordia University -, as assistant professor where he taught history of China and other East Asian nations. In 1975, Singer developed an innovative credit course: “East Asia: Past and Present”. As part of this intensive course, forty students, faculty and staff from SGWU visited five Asian locales. The visit was preceded by a three-week orientation period of formal lectures and assigned readings; during the trip there were seminars and assignments. The course was offered again in 1976, this time the orientation period was extended to three months with lectures films and assigned reading. Singer added Peking (Beijing), Nanking (Nanjing), and Shanghai to the trip itinerary.

Martin Singer served as Assistant Provost in the new Concordia Faculty of Arts and Science from 1977 to 1980 where he played a leading role in the creation of seven colleges, including the Liberal Arts College, the Science College, the Simone de Beauvoir Institute and the Institute for Co-operative Education. He then served as Provost of the Faculty of Arts and Science from 1980 to 1985. He was the founding Director of the Council for International Academic Cooperation, from 1986 to 1989.

In 1982, Singer undertook a major International Development Research Centre (IDRC)-sponsored research project on the relationships between Canadian universities and China. His two-volume report was published in 1986, under the title: Canadian Academic Relations with the People's Republic of China Since 1970 (IDRC 1986). He followed this with a book titled China’s Academic Relations with Canada: Past, Present and Future (Centre for Developing Area Studies, McGill University, 1992). In 1994, he undertook another research project on the Sino-Canadian academic relations, sponsored this time by the Association of Universities and Colleges of Canada (AUCC). The report was published in 1996 under the title: Academic Relations Between Canada and China, 1970-1995 (AUCC 1996).

He served as Acting Chair and Chair of the History Department from 1994 until his appointment as Dean of the Faculty of Arts and Science in 1997. As Dean, Singer has been a leader behind the effort to build a science complex on the Loyola Campus. He also played an integral role in incorporating technology in the Faculty, increase faculty recruitment and opportunities for student exchanges. From 2004 to 2007, he was Provost and Vice-President, Academic Affairs and after an administrative leave, he returned to the Department of History as tenured professor to continue his work as one of one Canada’s leading Sinologist. In 2009, Dr. Singer left Concordia to become the founding Dean of the Faculty of Liberal Arts and Professional Studies at York University. He retired from York University in 2015.

The fonds provides information on Martin Singer’s research and teaching between 1972 and 2009. It also documents his career as a university administrator at Concordia University.

The fonds consists of course materials, lectures, reports, and presentations. There is for instance material related to the extensive field trips to East Asia in 1975 and 1976 (which include more than 700 slides and a few sound recordings of lectures and interviews. The fonds also contains extensive research material related to the Martin Singer research projects on Canadian academic relations with China, sponsored respectively by IDRC (1982-1986) and AUCC (1994-1996). This material is composed of cassette tapes of interviews made with numerous Canadian and Chinese academics and government and NGO officials across Canada.

The documents were donated to the Concordia University Records Management and Archives by Dr. Martin Singer in 2019.