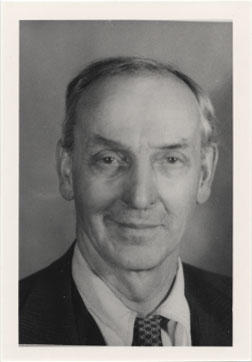 Records Management and Archives is the official repository for the archival records of Concordia University and of its two founding institutions, Loyola College and Sir George Williams University. It also collects archival material produced by faculty, staff, students alumni, as well as all archival material documenting the history of Concordia and its two founding institutions.
The department has its origins in the opening of the Archives and Records Department at Loyola College, in Fall 1973.

The collection held by Concordia Records Management and Archives provides information on an important collection of ethnographical and archeological objects, mainly from the Cooper Inuits of Coronation Gulf, that Captain Joseph F. Bernard had gathered between 1916 and 1920. The assemblage was known as the Bernard Arctic Collection, but also as Bernard Eskimo Collection, Bernard Collection, or Bernard Inuit Collection. In 1921, Captain Bernard loaned his collection to Loyola College. He donated it in 1924 for a proposed College museum. The museum never materialized, and in 1947 Loyola College donated part of the collection to the Arctic Institute of North America in Montreal (the Institute moved to Calgary in 1976) and part to Cambridge University’s Museum of Archaeology and Anthropology. Other parts of the Bernard Arctic Collection were donated in 1991 to the Canadian Museum of Civilization (now the Canadian Museum of History) and in 1993 to Loyola High School.
The material includes a photograph of Captain Joseph Bernard and photocopies of the following documents:

In 1984–1985, Concordia University Archives (now Records Management and Archives) put together the Joseph F. Bernard collection to document the history of the Bernard Arctic Collection at Loyola College.

The photograph is with the file of correspondence with Edward Devine.