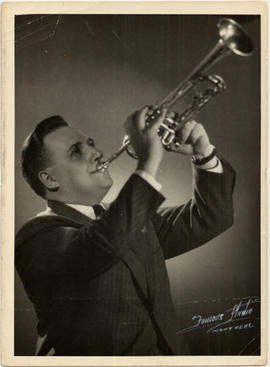 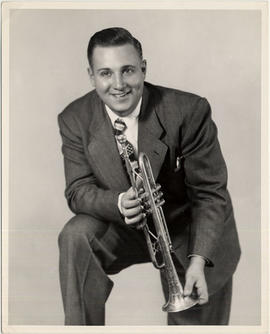 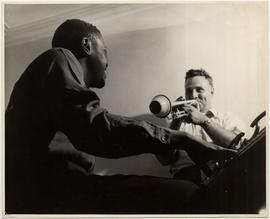 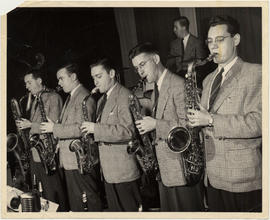 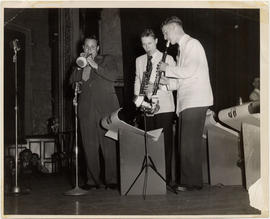 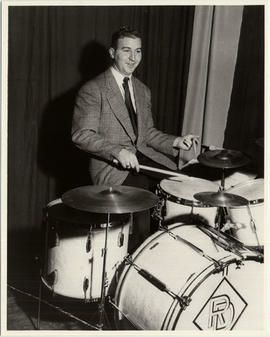 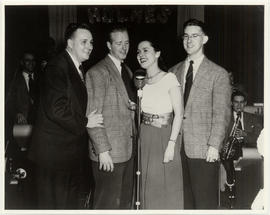 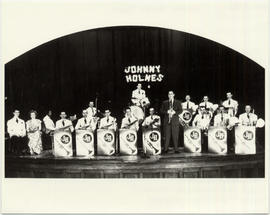 Johnny (John Joseph Harold) Holmes was born in Montreal June 8, 1916. He died June 11, 1989. He attended Maisonneuve School until he was 10 and then worked as an office boy for a shoe manufacturing company. As a youth he played a cornet his father bought him; at 14 he declined an offer to join the new Montreal Symphony Orchestra. He took a business course and worked for Anchor Cap and Closure as a secretary until 1943. He studied briefly with C. Van Camp, although his skills as instrumentalist and arranger were mostly self-taught. He played with his father and brother in a 22-piece band; there he met Edgar Braidi, viola player for the Montreal Symphony Orchestra, who showed him how to write arrangements.

In 1940 he co-founded a part-time, co-operative 10-piece dance band called the Esquires, in which he played lead trumpet. Assuming its leadership in 1941, he renamed it the Johnny Holmes Orchestra. It soon became the most popular big band of the day in Montreal, appearing at Victoria Hall each Saturday night from 1941 through 1951. He discovered many musicians: at various times Johnny Holmes Orchestra members included Maynard and Percy Ferguson, Bix Bélair, Nick Ayoub, Al Baculis, Bud Hayward, Art Morrow, and Oscar Peterson. Singers included Wally Aspler, Lorraine McAllister, Sheila Graham, and Mae Séguin. During the 1950s, after the birth of his daughter, he put his musical career on hold and worked as a salesman until 1960, when he returned to music part-time. In 1980 he began working full-time for CBC Radio. As band-leader he was involved in radio broadcasts including the Johnny Holmes Show, which was broadcast on Montreal CBC Radio between 1959 and 1969, and Broadway Holiday. Between 1966 and 1973 he made a number of recordings; he also produced others musicians' recordings until he retired in 1978. Holmes composed and arranged many musical pieces, including The Fair City, a jazz suite dedicated to Expo 67.

The fonds provides information on jazz in Montreal, particularly on radio, during the 1950s and 1960s.

The documents were donated to the Concordia University Archives by Johnny Holmes in 1986.

Reproduction for scholarly purposes is permitted.
Use of material in a publication may only be done with permission of the copyright owner and/or Concordia University.