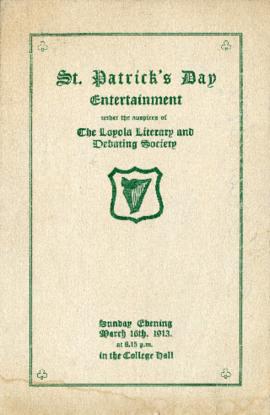 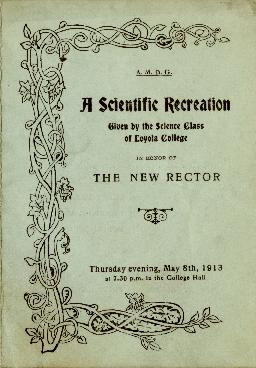 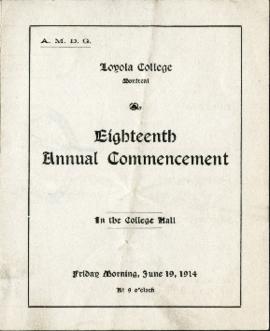 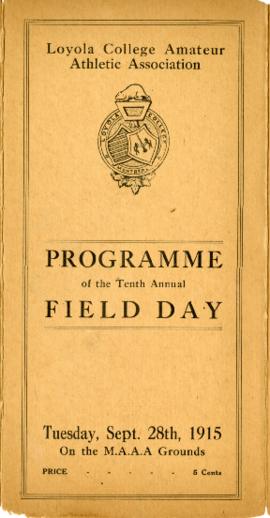 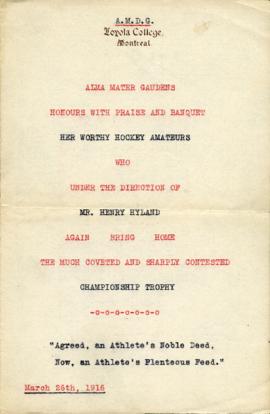 John Doherty Kearney was born in Montreal February 28, 1893. He graduated from Loyola College with a B.A. degree in 1916, and from McGill University with a Bachelor of Civil Laws. In World War I he served with the Canadian Field Artillery and was awarded the Military Cross. In 1921, he married Winnifred E. Greenish of Cork, Ireland. He practised law in Montreal until 1941, when he joined Canada's diplomatic service, serving in Ireland, Norway, Denmark, India, and Argentina. In 1951, he was appointed judge of the Exchequer Court (predecessor of the Federal Court) in Ottawa. He was also chairman of the Board of Transport Commissioners for Canada until 1956. He received an honourary Ll. D. degree from Saint Mary's University, Halifax.

The fonds provides information on activities, mainly sports, that occurred at Loyola College in the 1910s.

The fonds consists of a scrapbook, clippings, event programs, and photographs.

The scrapbook has received conservation treatment. Some of the items have been placed on acid free paper in Mylar sleeves. It has been reassembled into a format identical to the original.