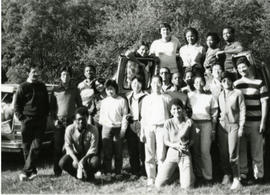 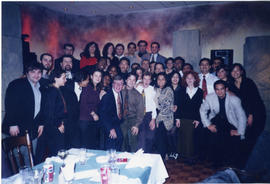 The International and Ethnic Associations Council of Concordia is an umbrella organization representing (as of 2015) 9 international/ethnic associations at Concordia University. It was founded in 1981 and recognized by the Concordia Council on Student Life (CCSL) in October 1982. The IEAC has since established itself as the governing body of its member associations, representing them before the university’s administration, faculty, student population, other university bodies and student organizations, as well as the community at large.
The IEAC consists of one representative from each member association and an elected executive. As such, it oversees and coordinates the activities of its member associations, as it seeks to promote an alliance and improved relations between international/ethnic student associations and other student organizations. Its main objectives are to unite Concordia’s various ethnic communities, and provide a place for social and cultural integration for its member’s association.
Among the activities to promote cultural diversity, the IEAC has hosted over the years a Cultural Week event where each group gives the Concordia community the opportunity to experience firsthand foreign cultures with music, dance and food. Other cultural events include concerts, exhibits, workshops and lectures.

The fonds provides information on the executive and administration of the International and Ethnic Association Council and its activities.
The fonds consists of IEAC administrative records such as minutes, budget allocations, correspondence, election documentation, membership lists, and activity reports. It also contains photographs and posters related to IEAC activities.

The documents were donated to Concordia University Records Management and Archives by the International and Ethnic Associations Council of Concordia in April 2015.