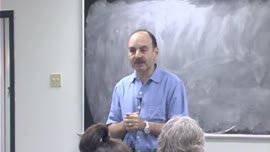 In March 1998, Computing Services Department and the Audio Visual Department formally merged into a single unit, named Instructional and Information Technological Services (IITS). The former director of Computing Services, John Woodrow, became the Executive Director of the new unit. At the time of his retirement from Concordia in 2001, he was replaced by Andre McAusland, former Director of Academic Technology of the Faculty of Arts and Science. Creative Media Services (CMS) was part of IITS for 9 years (2002-2009). Its mandate was to provide multimedia production services to the whole Concordia University community. CMS had its origins in Academic Technology of the Faculty of Arts and Science, joined IITS in June 2002, and adopted its name in September 2004. CMS was transferred to University Communications Services (UCS) on June 1, 2009.

The fonds is mainly composed of promotional productions on university events and units, and class lectures made by IITS Technology Services, TV Studios or Creative Media Services, between 1998 and 2009.

The fonds mainly includes videocassettes on various formats, and a few DVD and digital audio cassettes.