The fonds documents the personal and professional life of Don Bell, his work as a magazine journalist and used and rare book dealer and many features of life in Montreal and elsewhere during his working life.

The Ann Charney fonds provides information on Ann Charney’s journalistic and literary career as well as her personal life. It documents both Charney's fiction and non-fiction writings from the 1960s until 2009, and provides insight into the process of publishing from the author’s point of view. The fonds also includes information on the Blue Metropolis foundation, a not-for-profit organization located in Montreal, Quebec, responsible for the annual Blue Metropolis Montreal International Literary Festival. Finally, the fonds provides a glimpse into the life of Jewish emigrants. It also contains information about Canadian and international artists working during the second half of the 20th century.

The fonds relates to language and cultural policy in Quebec. First, it provides information on the implementation of bill 101, also known as Charter of the French Language, and the reactions of Anglophone publishers. Second, it provides information on the protest against the so-called Arpin-report, published 1991 under the title “Une politique de la culture et des arts”.

The Logos collection contains 27 issues of Logos, published between 1967 and 1972. It also contains three issues of The Local Rag, also published in Montreal, which date to 1969, and one issue of The Astral Projection (published in the 1960s or 1970s).

The fonds provides information on the editing and publishing work of Véhicule Press.

The fonds consists of manuscripts, published and bound books, and publicity materials; production materials including correspondence, pamphlets, layouts and sketches for covers, printing templates, printing quotes, typescripts, page proofs with corrections, editors' and authors' notes, biographies of authors, curricula vitae, pictures of various authors and agendas; and posters and post cards that were printed for the Véhicule Art gallery.

The Gerald Clark fonds contains documents pertaining to the Gerald Cohen's professional life and documents current events occuring in the period that he was active as a newspaper correspondent.

The fonds is composed of research materials, notes, drafts of articles and books, clippings of articles, correspondence, and speeches, among other materials. It also includes recorded interviews with world figures.

The fonds documents Daniel Feist’s work as a freelance broadcaster, journalist, musician and teacher, including his travels and participation in events such as Montreal’s Nuits d’Afrique festival, the United Nations Conference on Racism, music awards, and others. The material mainly covers the genre of world-beat music (also known as world music) in the period from 1990 to 2005. Some sound recordings of music performances include interviews with the artists.

The Underground Newspaper Collection is comprised of 178 copies of underground, alternative newspapers, newsletters, and journals, mostly published in Canada and the United States. These publications discuss both local and international issues of interest to the communities responsible for their creation. Among many other topics, the following subjects are represented throughout this collection: Vietnam war, defections, and the anti-war movement; anti-establishment and counterculture movements; Black power; poverty; socialism; music, art, and literature; and environmentalism. 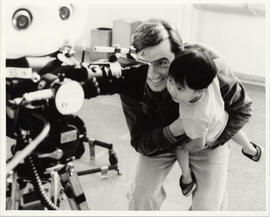 Fonds consists of a record of the research Taras Grescoe conducted during the process of writing his books Sacré Blues, The Devil's Picnic, and The End of Elsewhere. They document Quebec Society, global tourism, and the prohibited food and substance business.

The records include sound recordings and transcripts of interviews, research materials, drafts of book chapters and articles, travel note books, and correspondence.

The fonds consists of interviews conducted by Harriet Eisenkraft. 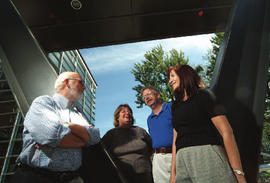 The fonds provides information on Hugh P. Illsley's military service, his travel to Europe with his family, and his work as a Montreal architect.

The fonds consists of correspondence, a photograph album, sets of photographs, ledgers, and scrapbooks.

The collection provides visual information on World War II. The pictures were taken in Europe, Japan, China, the Philippines, and the Arctic. The collection also includes National Film Board photojournalism on uranium mining for nuclear power in Canada, and other topics.

The collection consists of pictures, many of them produced under the auspices of the War Records Office of International News Agencies. The Collection contains news service photographs as well as photographs from the Canadian Armed Forces. Also included are original identifying captions that accompanied their transmission by news media wire services. Most of the photographers remain unidentified. They made their photographs while on assignment for international news agencies or the War Records Office for distribution to the news media.

The fonds documents William Stewart's early life, his family, his work as a World War II war correspondent, his later work as a journalist and executive with Canadian Press, and his activities in retirement. The fonds also documents the history of Canadian Press/La Presse Canadienne, Canadian politics, journalism, French-English relations in Canada, figures such as Roger Lemelin, J.W. Pickersgill, Claude Ryan, Clyde Gilmour, and other subjects.

The fonds includes news and feature articles by William Stewart in various forms (drafts, wire copy, clippings), correspondence received and sent, photographs, artwork, reports, newsletters, family documents, articles by other writers, and a small number of objects related to his work as a war correspondent and his later activity. 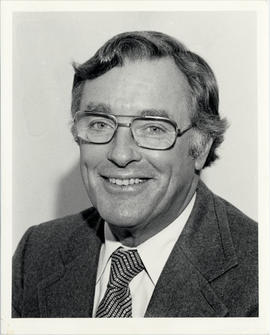