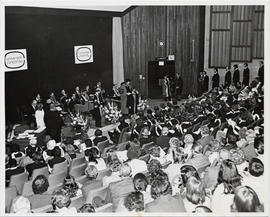 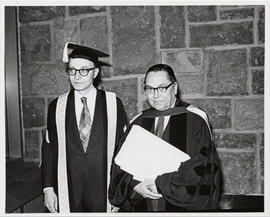 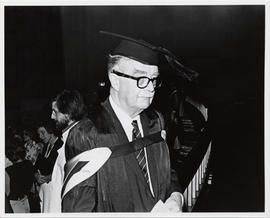 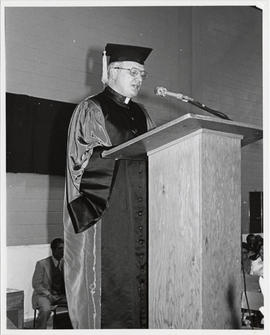 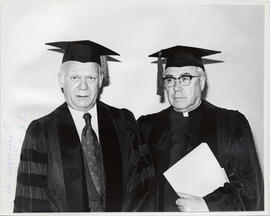 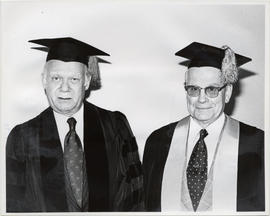 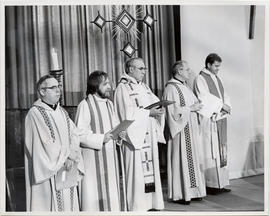 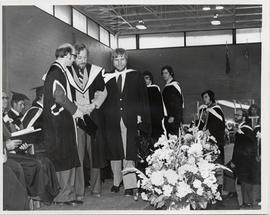 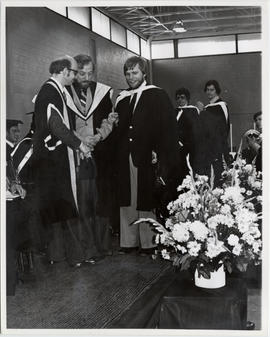 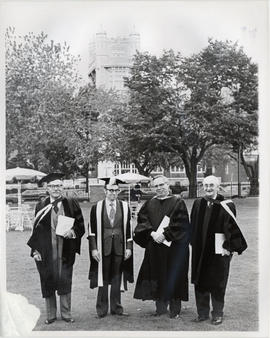 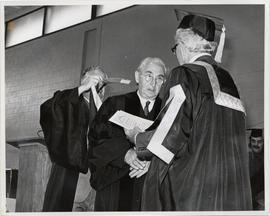 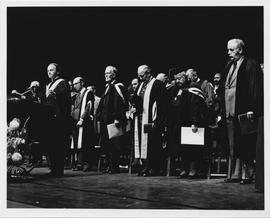 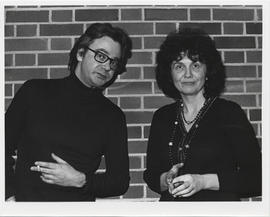 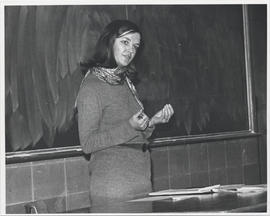 Dr. Maureen C. Durley, who gave a lecture on "Christian women - A feminine voice of God". The talk examined the theological and historical role of women in Christianity and the challenges faced by Christian women today. The lecture was sponsored by the Department of Theological Studies and the Visiting Lecturers Committee. 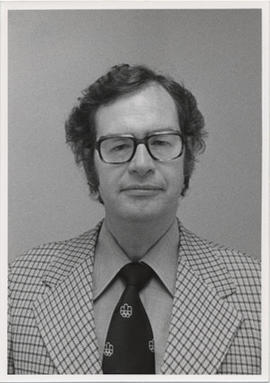 James R. McBride, Administrative officer for the Department of Sociology and Anthropology at Concordia University between 1975 and 1976. He was also part of the University Senate. 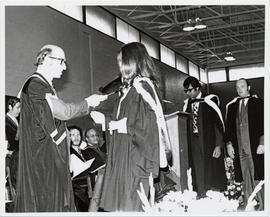 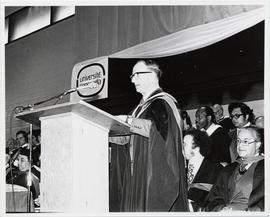 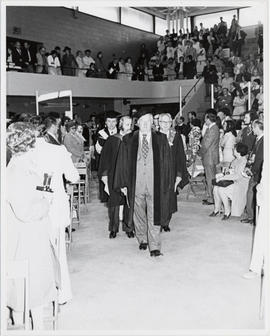 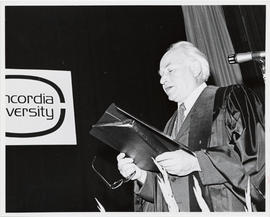 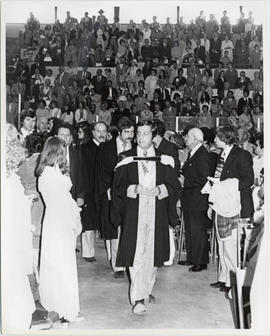 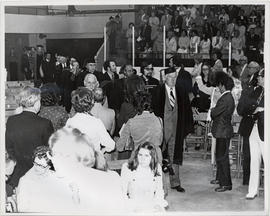 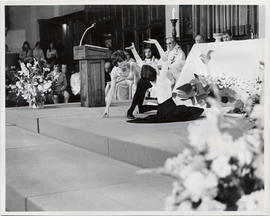 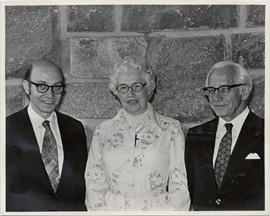 Poetry Series '75. An important crowd is present to listen to writer John Metcalf.