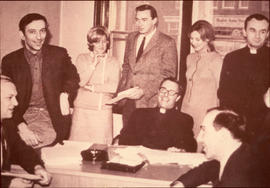 The fonds provides information on the activities and management of the department.