Fonds I0034.1 - Department of Athletics fonds 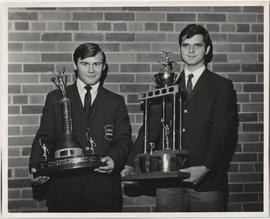 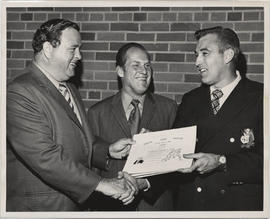 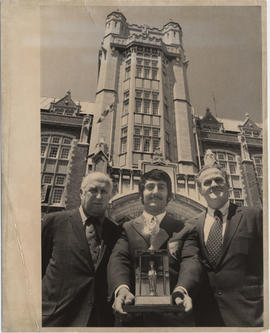 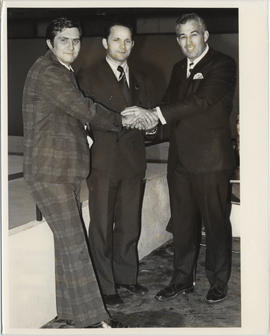 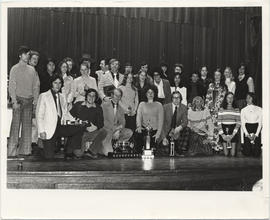 There is a long tradition of athletics at Loyola. Almost as soon as the College was founded, field days (track and field competitions) were held once a year. In the Loyola College Review of 1915, the Sport pages refer to the Field Day, but also to numerous competitive sports, including Football, Hockey, and Basketball.

In the 1934-35 calendar, the Physical Culture section states that the physical training is by no means overlooked. The mandate of the Loyola College Athletic Association is also stated: The Loyola College Athletic Association was formed to encourage physical exercise and to create and foster a college spirit among the students. All athletics matters were under the supervision of the Athletic Board of Control. Intra-mural leagues were organized and the college was represented in inter-collegiate leagues as well.

In 1965, Edmund Enos was appointed director of the Department of Athletics. Under his direction, Loyola’s Athletic Program was extended and was considered one of the best in the country.

The teams who defended the Loyola colors were called the Warriors for men and the Tommies for women. The Sports Hall of Fame came into existence in 1967 to honour Loyola athletes and builders. Today, the program still exists as the Concordia Sports Hall of Fame. The Department published Programs in the 1960s and 1970s which took different names over the years: Loyola Athletic Programme, Program, Athletic Program, etc.

The fonds documents the activities including the intra-mural and varsity programs of the Loyola College Department of Athletics from 1901 until 1975.

It contains team contracts, rosters, programs, schedules, reports, press clippings, films of games, objects, photographs, etc. It also contains files related to the introduction of the program in Bio-Physical Education which was initiated by the Department of Athletics and its director, Ed Enos.

Other records related to Recreation and Athletics can be found in the Loyola College Office of the President fonds (I147).