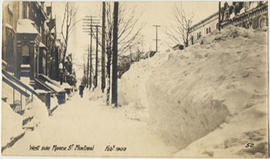 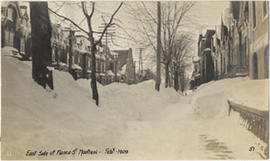 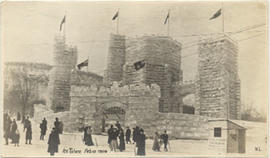 Alan Douglas Palmer was born in Montreal May 18, 1913, and died March 28, 1971. He started his journalistic career in the 1920s, covering sports for the Canadian Press agency and a number of suburban weeklies. In World War II he served with the Canadian Army for five years, ending his military service as a reporter for The Maple Leaf, the army newspaper. After the war he joined the Montreal Herald as a police reporter before becoming one of its featured columnists with Man About Town. His beat was Montreal when it was known for its tolerance for after-hours joie de vivre. In 1949 he went to Florida to cover the police beat for the Key West Citizen, as well as to report on the Keys for Associated Press and the Florida Daily Newspaper Association. In 1952 he returned to the Montreal Herald as a police reporter, as well as covering the booming night club beat in a daily column called Cabaret Circuit. When the Montreal Herald stopped publishing in 1957 he moved to The Gazette, where he covered the police beat. He had a special interest in the case of Louis Bercowitz, an individual with alleged underworld ties who was in prison for manslaughter. Al Palmer wrote a widely-read column about Montreal called Our Town. He wrote two books, Montreal Confidential and a novel called Sugar-Puss.

The Al Palmer Fonds provides information on Montreal and other cities, as gathered by Al Palmer through his journalistic career between 1940 and 1971.

The fonds includes thematic files on people and topics that Al Palmer covered in his columns and police chronicles. It contains notes, copies of court records, clippings, programs, brochures, and photographs.